Lets get in touch

If you have any questions about our products, get samples from us or you want to get a quote, please feel free to fill the form below. We are more than happy to serve you with 100% effort.

What are composite decks made of? 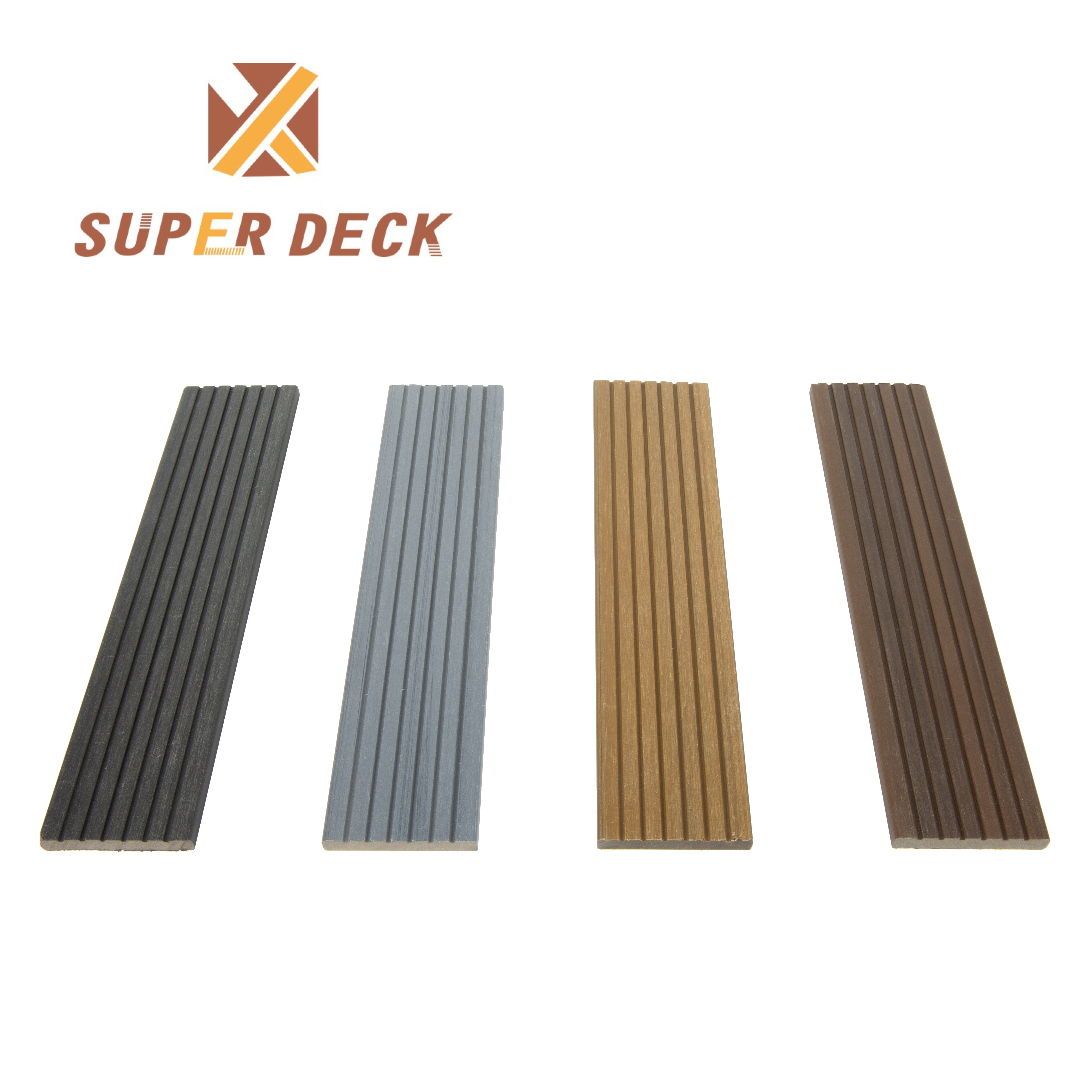 What are composite decks made of?

Composite decks have been gracing the pages of decking catalogues since the early 1990s. As such, their introduction to the decking world is still considered relatively recent, especially when you take into account the industry’s long and extensive history.

In the time that has elapsed since the 90s, the composition of composite decks hasn’t progressed all that much. They are still manufactured from a combination of wood dust and reconstituted or new plastic, but one major change to the composite deck that has led to major advancements in prolonging its lifespan is caps.

Most modern composite boards are coated or ‘capped’ with a hardwearing outer layer of plastic, which shields the deck from exposure to the elements, thereby protecting it against the effects of harmful natural processes such as weathering, erosion and discolouring.

Notwithstanding this one modification, composite boards remain in much the same condition as their early predecessors that first appeared in decking magazines way back in the nineties: they still bear a striking resemblance to natural woods, but they now have the added bonus of lasting much, much longer thanks to new protective technology.

What is a composite board comprised of?

The original composite board was marketed as a “green building product” which, in industry terms, means it was branded as an eco-friendly alternative to natural hardwoods. This is because composite boards were fashioned from compacted sawdust and other recycled wastes collected from sawmills, which was then combined with plastic grains accumulated from recycled bottles and other sources of reusable plastic.

Since then, the recipe to create a composite board, as well as its ingredients, has remained much the same, and the same attitude around its eco-friendliness has continued to prevail. There only two key differences between the modern composite board and its earliest ancestor: the first of which is the protective outer layer described earlier in this article, and the second which is that modern manufacturers will sometimes use virgin plastic if recyclable materials aren’t available.

The only other minor difference that might be noted is that some composite decks use different-sized woodchips. For example, fine wood powder typically makes the most stable boards, but it’s pricier than coarser chips and sawdust, on which most composite products are made.

Nevertheless, the degree of performance between different types of composite boards is negligible as they each tend to amount to the others in terms of versatility, stability, durability and longevity, regardless of their composition.

How are they made?

There are two main methods that are used when creating decking boards.

The first is called ‘extrusion’. This is a process where heat is applied to the wood-plastic compound until the plastic melts. The plastic is then pushed through an opening into a mould that fits the dimensions of a standard two-by-six decking board.

When the heat cools and the product hardens, you are left with the sleek, visually appealing decking board you often see cladding the areas around pools.

In the second process, the unfused, raw material is poured into a mould like the cold mixture of an unbaked cake where it is then heated to achieve the same effects.

In each instance, the woodgrain design that give the products the resemblance of authentic natural hardwoods, is etched or printed onto its surface before it hardens into a plank ready for installation.

Composite decks are a fantastic option for creating a place of luxury and comfort around the family pool, or for installation under patios and other outdoor entertainment areas.

Unlike natural hardwoods, composites are highly competitive in terms of their pricing and are certainly kinder towards the environment as they are made almost exclusively from recycled materials.

If you’re an eco-conscious somebody looking for a deck that has the look of real wood (minus the real wood), and you’re after a deck that will enhance your home in both visual appeal and value at affordable prices, this could very well be the most suitable option for you.